YouTube has a minor subculture which focuses on analysing memecultures using a framework based on layers of irony. @Jreg is at the centre of this subculture and has dubbed it "the Ironysphere" so I will go with that, but I don't know if the term is used by anyone else. 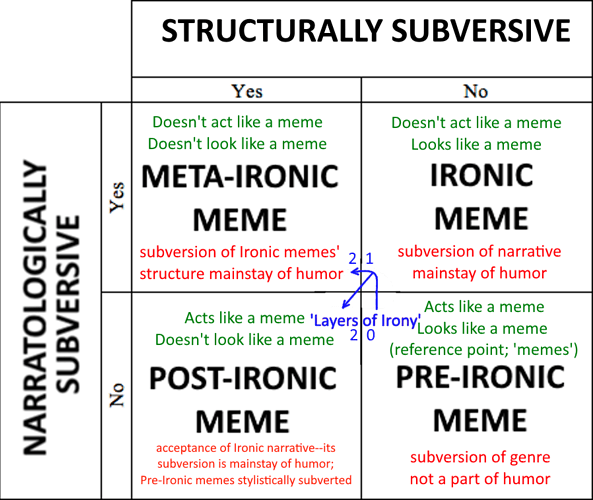 I developed a framework for studying ironic memes in 2015 that focused on systematising the "layers of irony" and the dynamics between them. The diagram became a meme and has spread a lot over the years into different memecultures as well as being used by academics. Over the past two years, it has been a part of a trend within the cybercultural analysis subculture on YouTube, owing primarily to JREG's 2020 video on the concept of higher ironies and post-truth satire: 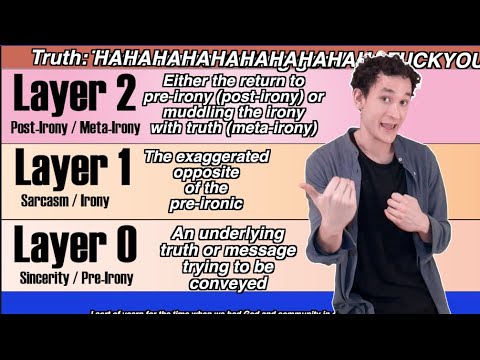 A year later, oliSUNvia posted a video titled "what makes gen z humor so interesting?" which built on top of JREG's video and some more theories I developed with Masha Zharova: 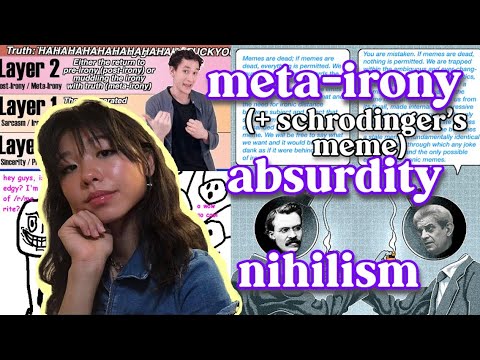 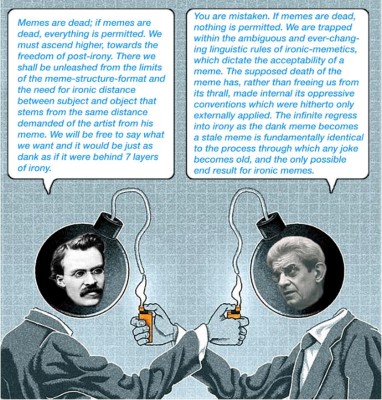 The Ironic Meme Movement was a reaction against the mainstream co-option of the subcultural products of the underground; an attempt to create incorruptible inside jokes. The Ironics employed defensive strategies which paralleled that of the punks...

Mainstreaming of the Ironysphere's Irony Discourse

In early 2022, iDubbz posted a video titled "Getting Away With It", a documentary about Sam Hyde, which was the topic of controversy due to a meta-documentary titled "The Truth About iDubbz" released by Hyde (a month prior iDubbz' own documentary about Hyde):

In the documentary (43:53-48:18), iDubbz provided his own theory of irony, metairony and postirony that seemed to stem from the existing discourse around the subject matter on YouTube. His model of irony is circular, and metairony follows from postirony. 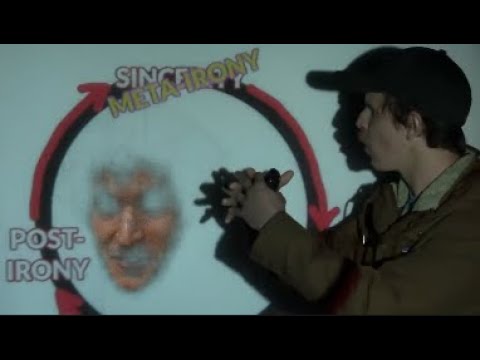 Aftermath and Other Info

That's the state of things as of about three months ago, aside from a few more videos on the subject matter from several YouTubers (many of them solely focus on the iDubbz-Hyde drama). One of the consequences of the latest in this particular discourse is that some people started worrying whether metairony is dangerous and a threat to communication and relationships online. Already, the sensational hype around it has died down, but the framework itself has become well ingrained within the mainstream psyche.

3 Likes
Wholesome Memes (Post-Ironic) VS Their Edgy Counterparts (Ironic/Meta-Ironic)
Using Memes to Teach... Should we? How much?
Seong (Seong-Young Her) 30 September 2022 23:25 #2

This dissertation aims to summarise the current state of knowledge regarding internet memes, irony and post-irony, and propose adequate definitions with a coherent framework for understanding and analysing these phenomena. Internet memes have come far from niche forums to being an omnipresent mode of communication. In the context of progressing insularity of internet communities and their entrenchment in irony, the need for a framework capable of describing and explaining new internet phenomena becomes apparent. To this end, an investigation into internet artefacts and their roots in pre-internet culture was conducted, paired with a reflection on the grounds of philosophy of language with a review of published pragmatic theories of irony. Further parts include a survey of instances of post-irony, described as a category of responses to the problem with the impossibility of sincere expression in an ironic environment. After discussing how post-irony manifests itself, a pragmatic theory attempting to outline its essence is proposed. Finally, this framework is used to interpret exemplars of modern memes. Ultimately, this dissertation was created with the hope of providing a salient picture of an extensive social phenomenon, and adding a formal theory for a serious discussion on a topic that is far from serious.

Interesting stuff. I was rewatching old meme analysis vids, and I noticed he described this phenomenon within memes, but with a triangle, not a square

He calls it the Memetic Triad, and the three corners are Real, Ironic, and Surreal.

Not going to lie, I think this is a much more intuitive framework. The quadrant-based one doesn't distinguish clearly enough between meta-irony and post-irony, in my opinion, although by not grouping those two together, it might provide a more intricate look into the absurd.

Could you post a link and screenshot of the triad model? 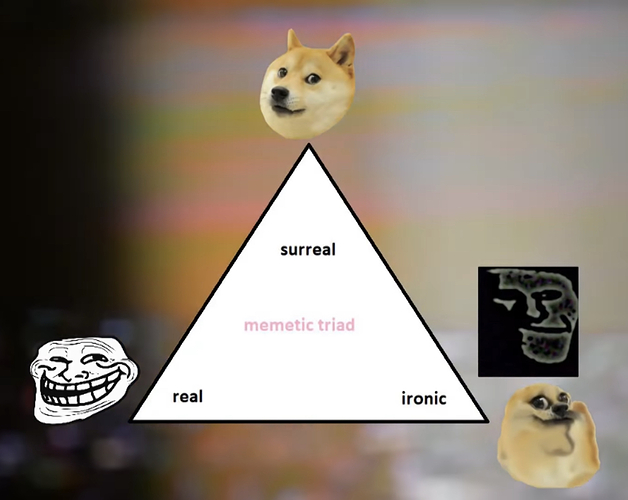 here's the link to the page where you can access the pdf: Pragmatics of irony and post-irony in internet memes - Prace - Prace - Katalog - Uniwersytet Jagielloński w Krakowie - AP
I would recommend skipping most of it, chapters on post-irony are where it's at.
I'll be happy to answer any questions and will listen to any suggestions you may have :3

In that video he also mentioned something called Hyper Irony which he said he would not get into. I tried looking for information on it and all I found was a random Reddit Reply that I can’t find anymore and an Urban Dictionary definition but the definition on Urban Dictionary is too similar to Meta Ironic.

I actually made another diagram inspired by the Memetic Triangle. Also I am only counting eras of Meme Culture that I remember so nothing before 2011 or after 2022 since this post was made in 2022. I am also very well aware that lots of surreal memes are still popular in the Ironic era and Nyan Cat was most popular during the real meme era but is closer to surreal memes.