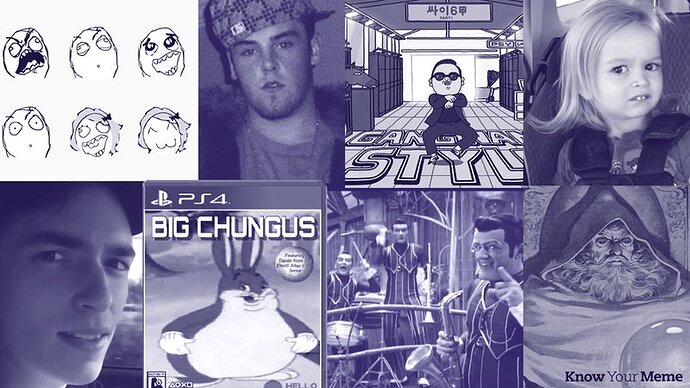 From the rise of TikTok to the Boomerification of Facebook, our data tells many important stories. We take a look back at the history of meme origins from the last decade-plus to infer how the internet and its culture have evolved. 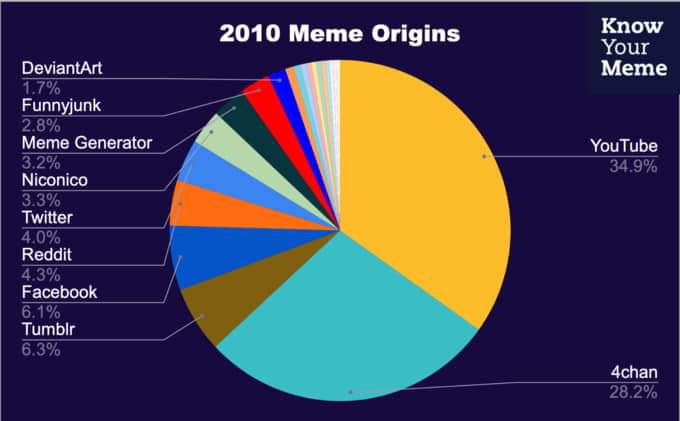 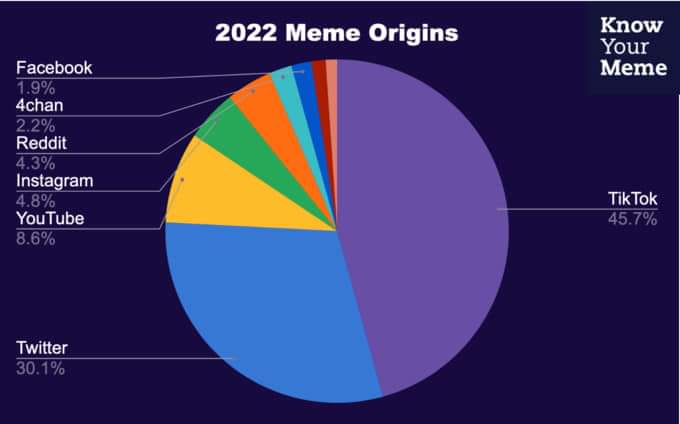 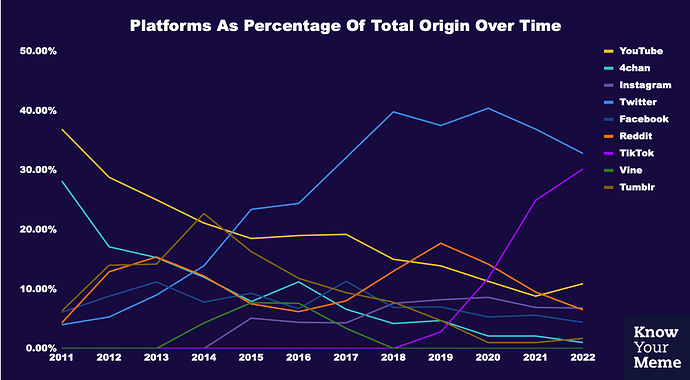 I wonder the effect of platform moderation and effect upstream to the content of memes.

twitter and tik tok have much more intense moderation influencing the character of modern memes imo. I wonder if you can do a word cloud of some sort or ratio of edgy vs wholesome memes in each era

So fascinating! I would be very interested to know the nationality of those who submitted these memes/ if those in other countries other than America have a similar meme landscape among sites.

Additionally, these data may indicate the general trend that I have personally seen remarked upon of memes originating as a very niche digital item, to a more democratized and generally interacted with digital item. I say this especially considering the wide usage/heavy interaction required of the tiktok platform especially vs. the relative niche nature of 4chan (as I understand it currently) back in 2010 and even now.

The larger origination of memes from TikTok and Twitter as compared to youtube in 2010 may also speak to the lower barrier to entry in participating in these sites (ex. small character limit on Twitter/ easier to screenshot and format or retweet and the limited nature of videos on Tiktok/easy and accessible editing on mobile) whereas Youtube may take special 3rd party editing software (even though it has its own editing system now).

Just my initial ideas on these data! let me know what you think

I would be very interested to know the nationality of those who submitted these memes/ if those in other countries other than America have a similar meme landscape among sites.

I think there's an extreme bias on KYM towards English language memes that have mainstream notability (e.g. being on the news; virality in the form of hitting the front page on major platforms; celebrity). It's also bottlenecked by the memetic literacy of the researchers who approve submissions, as well as their methodology of tracking spread via first appearance.

There was a good article about the issue on the Internet Histories journal:

Title: Know Your Meme and the homogenization of web history Author: Ben T. Pettis Year: 2021 Journal: Internet Histories DOI: https://doi.org/10.1080/24701475.2021.1968657 Abstract: As memes circulate and spread throughout different Web communities, their meanings are continually changing. In the last decade, the website Know Your Meme (KYM) has become popular among researchers, educators, and day-to-day Web users to understand memes and their meanings. KYM is a frequently cited resource a…

I say this especially considering the wide usage/heavy interaction required of the tiktok platform especially vs. the relative niche nature of 4chan (as I understand it currently) back in 2010 and even now.

Here's a great diagram by @cris.v.gutierrez, from an earlier thread (Anyone else surprised at how few memes are on know your meme? - #4 by cris.v.gutierrez): 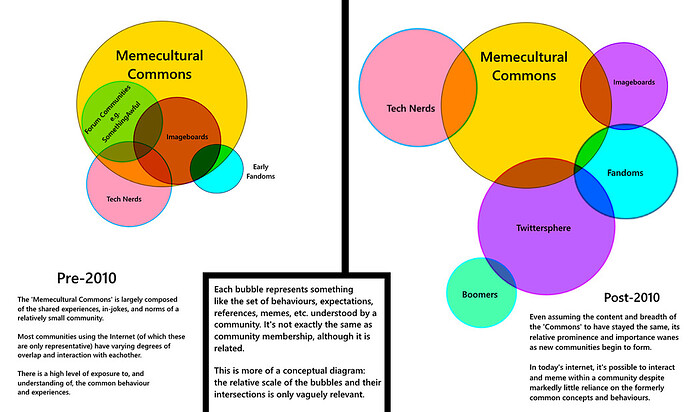 1035×618 140 KB
I think the way that people talk about and use platforms more and more as tools (and less as places or spaces, cf. Colonizing Pepe: Internet Memes as Cyberplaces (2018)) belies a shift in their metaphysical intuitions about the Internet. Many of the earlier memes from forums and imageboards were memes by users from someplace, and inter-platform rivalries would sometimes lead to competition over which community really started a meme. People still seem to understand the Internet in this way, since most users still have a platform that's their main home base (and they consume other platforms indirectly via screenshots and reposts). But it's not nearly as strict a pattern as it used to be.

Nowadays it's not uncommon for people to repost screenshots of their own tweets onto other platforms (and people seem to do the same to r/4chan, posting something weird to 4chan and then sharing it as a screenshot to the subreddit as a "found object"). This makes sense both practically (it's easier to create content using simple web interfaces; a single-image tweet imposes a form that's amenable to memes), as well as aesthetically, since screenshots of content from specific platforms have particular connotations which are highly relevant to memetic content.