What's your favorite meme? Why?

Different memes due to format are used in different contexts and situations, and both the kind of message and humor that be absorved by them is different…
Which one of them is your favorite meme? What meme seems like that eternally creative and brilliant format that can just keep on giving and giving and always seems to work for you, or make you smile? Is it a local meme, between you and your friends, or something more global, like Loss?
One of my favorites is “Name a more iconic duo/trio, I’ll wait”, since it allows for so much creativity and can be applied in almost any context. It’s a super flexible meme that can allow some very surreal compositions, while also allowing some more straightforward ones.

My favourite meme is Gondola, because it moved me so deeply when I first encountered it. Thousands of other people shared the same emotional experience with the meme, and I’m not sure if that kind of memetic phenomenon will occur again. I’ve made over 1000 gondolas so far in my effort to conserve this endangered species of meme-art. 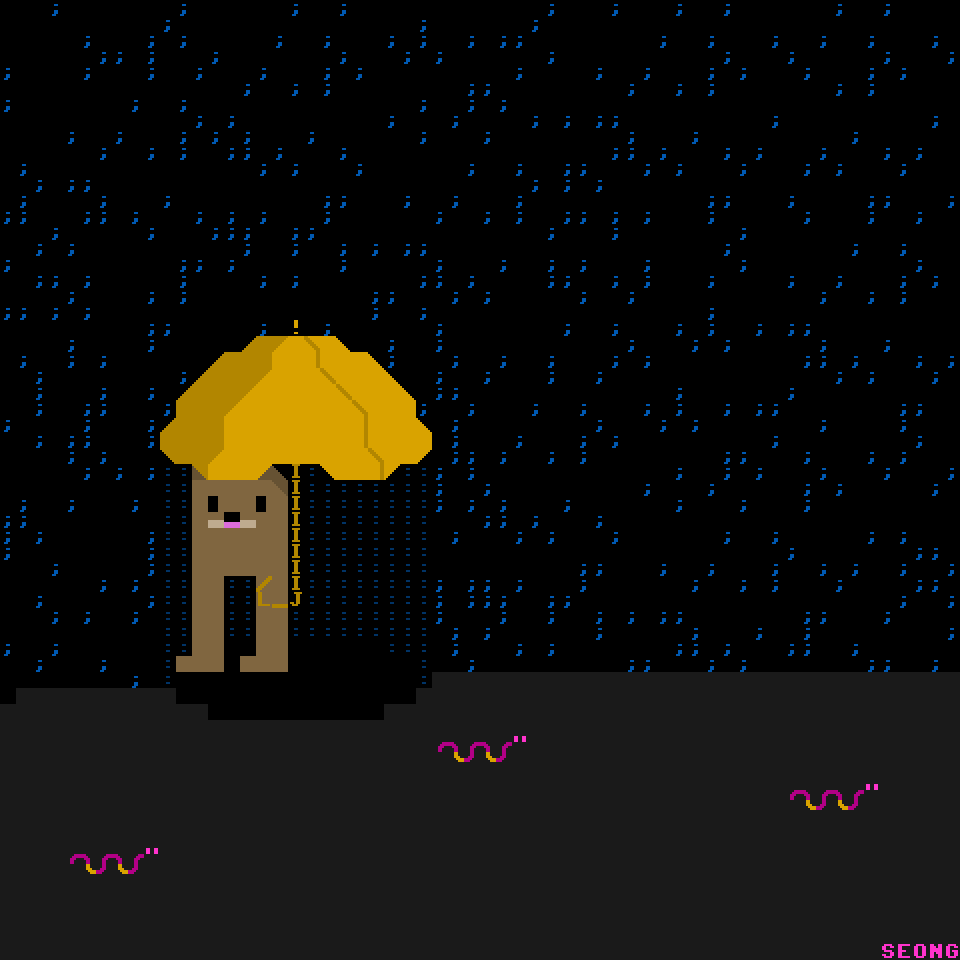 I have to go with Doge on this one: a classic meme that I fondly remember from way back in the day, that stood the test of time and has even had a few comebacks in terms of both popularity and novel usage. If anyone here did not know yet, @kabosumama is Doge’s Instagram account; compared to most animal-meme accounts nowadays, it is run as a kind of normal blog account with little to no advertisements and meme-catered content in it! I hated doge at its inception, I was very cynical, but I loved the new version since 2017 and afterwards. I think I must’ve made hundreds of doge memes. Doge is probably my favorite meme, the real life origin and Kabosu surely playing a part in it. I’ve come to greatly appreciate it and her. I love doggies!

I really have a thing for loss. I don’t think it’s the funniest meme by far, but I love the “human pattern recognition” exploit, and how visually codified the meme has become. There are other memes that are simmilar in that sense, like amogus being recognized in the tiniest of things, but Loss is just special to me. Like this, it goes so far lol… slowly building the visual reference in many creatives linguistics paths is so rewarding to me. Incredible how the human brain works.

I love that one. It’s so elegant.

I think Loss is interesting because it died in the “original form” as an underground in-joke but became idiomatised in the mainstream after that. I used to privilege the original and subcultural expressions of memes over the mainstream (e.g. in determining whether a meme was “dead” or not), but I think this is a great way for a meme to live on.

Here’s one I made in 2015 that I think still stands the test of time: 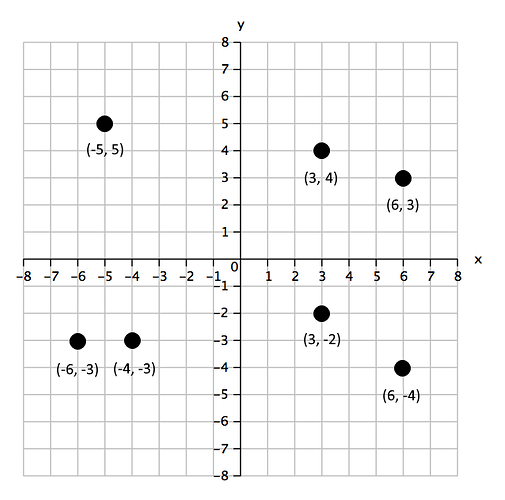 Doge is my favourite as well, it is timeless.

Harambe. Harambeposting during its original peak became psuedo religious in the amount of reverence I had for that gorillas passing.

No meme was able to rock my world as much since.

My all-time really gets the brain nodes rustling good kind of thing is finding really elegant connections between things that are not really related, see this delightful content combining Derrida's musing on being naked in front of his cat, catgirls and 'notice me senpai' of anime trope fame is my favourite meme of all time, at least off the top of my head. 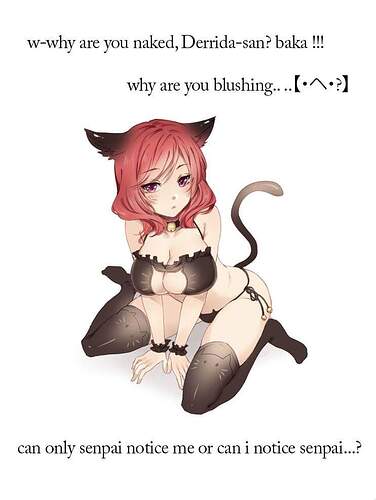 Honourable mention goes to something that isn't a meme per-se but is something that memes do very well, which is referencing content that does not exist, much in the same way that Lovecraft can reference 'lore', such as the Necronomicon(?) that he never has to write, but merely shift context around.

There's a whole spectrum of this, from a greentext telling a story that might reference 'sun_rise.png' (special shoutout to making up file formats in warhammer greentext like .codex), to fake YouTube screenshots of videos that don't exist. See this Bee Movie meme the fine folks at the LLM page made 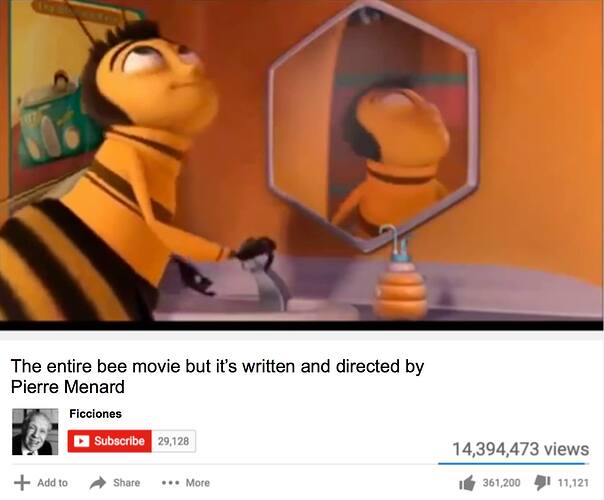 I have a soft spot for dat boi. 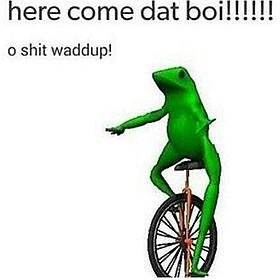 8a8.jpg640×640 29.8 KB
The original version of it with the unicycle frog represents a type of irony that is heartwarming for me.

As I am writing this, I think it might be because it gracefully treads the line between meta-irony and post-irony, and can be interpreted in both ways. I view it as if the meme sincerely just wants to show us this cool image of a frog on a unicycle, and yet it knows that it will nevertheless get criticized for being meaningless.

It's a meme that's fun for fun's sake, and i love it for all it's frollicky-ness.

As I am writing this, I think it might be because it gracefully treads the line between meta-irony and post-irony, and can be interpreted in both ways. I view it as if the meme sincerely just wants to show us this cool image of a frog on a unicycle, and yet it knows that it will nevertheless get criticized for being meaningless.

I love this empathetic criticism of the Dat Boi meme. It's also heartwarming.