For the origins and nature of the homophobic dog, see the Know Your Meme article, which covers it decently. For a collection of homophobic dog memes, see here. While the KYM article neglects to mention this in text form, the dog’s owners have been hilariously confirmed to be a gay couple by the video that it features.

The most important recent development is that a fake Washington Post screenshot has made the dog popular with right-wing Doge-posters, since they were already used to “homophobic dogs” to begin with. For instances, see the posts by Doge Collection, Darkcel Doge, and Doge Dad. So, while it was initially much more ironic, there seems to be earnest homophobia to a significant chunk of it now. I have had a lively chat with my best friend about this, since I thought that this didn’t affect the content all that much, but she seemed to think that they were taking a good meme and ruining it. 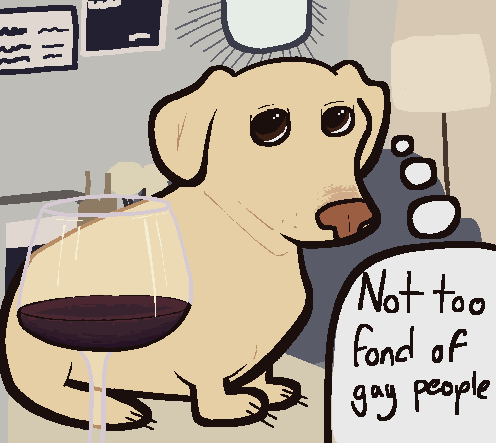 As my friend pointed out, the dog’s apparently judgmental expression in most of these pictures really helps the meme, and added to the glass of wine in the picture that got it started, it really looks kind of like a “Karen”.

I enjoy how the dog is basically an advice animal, with the exception of not being the exact same photo every time. Many of the captions – e.g. “you’ll grow out of it”, “it’s a choice” – make no sense unless you already know that this dog is the homophobic dog. In the middle of the modern meme era, I thought that this felt refreshingly subtle and understated.

So, while it was initially much more ironic, there seems to be earnest homophobia to a significant chunk of it now. I have had a lively chat with my best friend about this, since I thought that this didn’t affect the content all that much, but she seemed to think that they were taking a good meme and ruining it.

I agree with your friend about that. The ambiguous affect and the vibe alignment (?) of the dog's face and other elements in the image all work together well with the phrasing, producing an ambiguous affect that lets LGBTQ users enjoy the meme too:

The subtlety makes the meme innocuous compared to viciously bigoted memes that just use markers of irony as a cover for saying bad stuff. I also like that it's not a source of shitstorms or "meme wars", and people are just making derivatives that extend the narrative however they want. It reminds me of the nuclear explosion cat memes from a while back.

Nonetheless, let's be cautious about how we handle political topics within the forum (we also had a thread about Ukraine memes from @Silnan which also made me think more about how to handle these here), especially by being additionally tactful in the discussions.

I enjoy how the dog is basically an advice animal, with the exception of not being the exact same photo every time.

That's a great point about the form. I also note that the image you posted is drawn is not anti-aliased; it also harkens back to oldschool Internet content, namely oekaki. But the style is far from older Internet memes which were often crude and shocking, as well as frequently quite repulsive. It's no wonder that Wojak is the one that survived and flourished out of all the rage comics, being subtle and understated in its style too (in contrast, rage comic characters like "Forever Alone" are gross looking and not subtle). Interestingly, the search term for the meme became "dog next to wine" for a short duration recently: 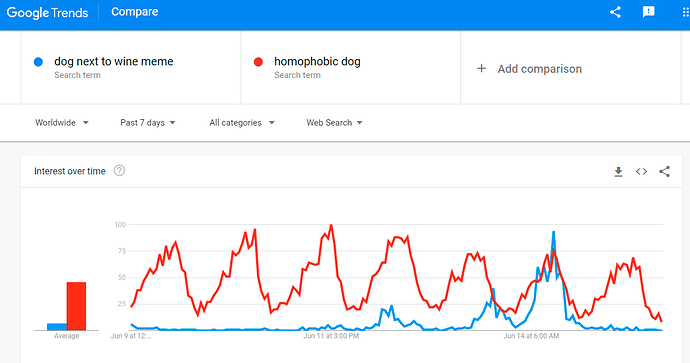 I was one of those "dog next to wine meme" searchers, when I'd first seen the meme template I didn't think that the sole purpose of the meme was to have homophobic text. It seems more broadly applicable than solely being in reference to homophobia as you could put any derogatory text where a snobby and sheltered white person might look down upon them. It could be a liberal-but-still-racist dog (This trope is often used by Leftists to joke about left liberal politics) just as successfully I think, but there's no need to reinvent the wheel.

It looks like photos of dogs with wine glass is a really common trope (?) for wine drinkers. I agree that it's a goldmine for meme material: 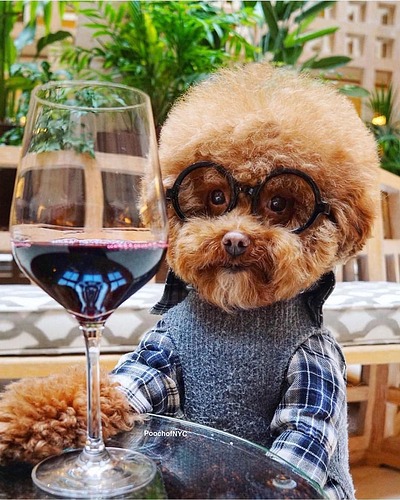 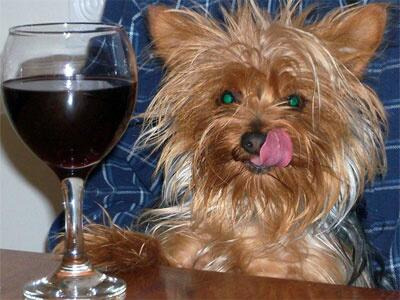 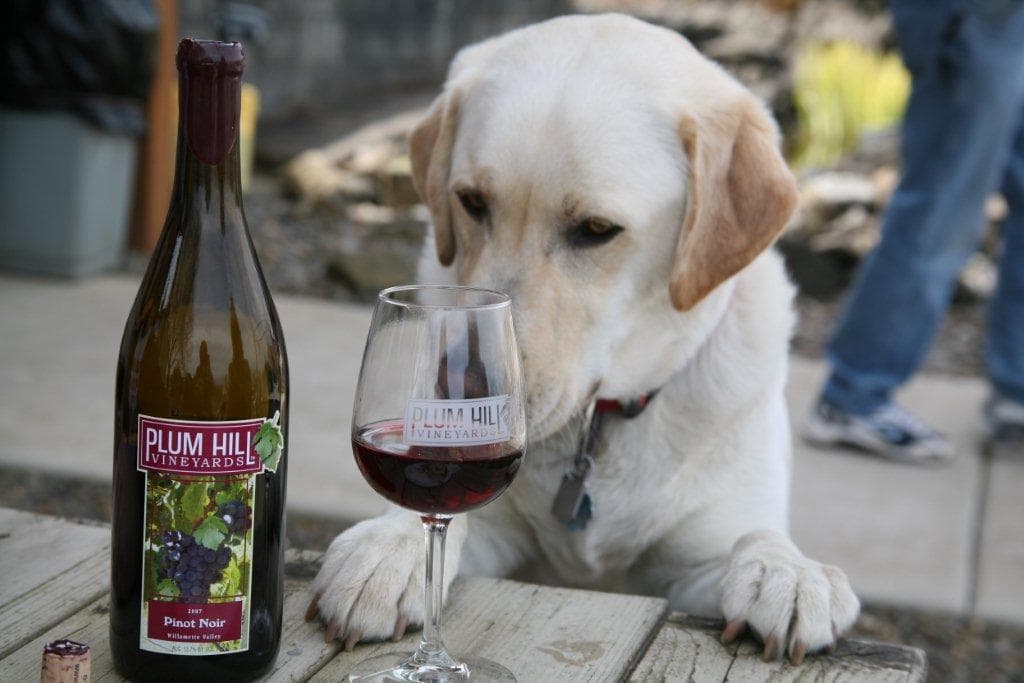 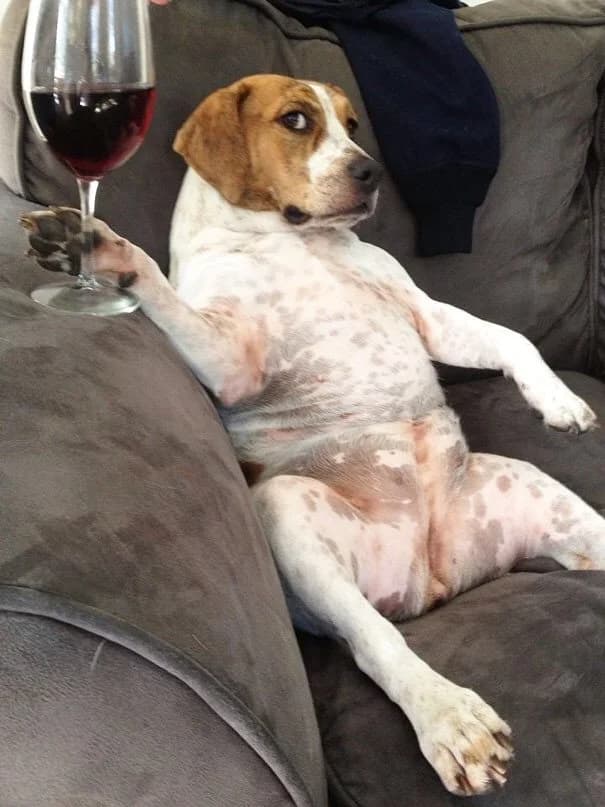 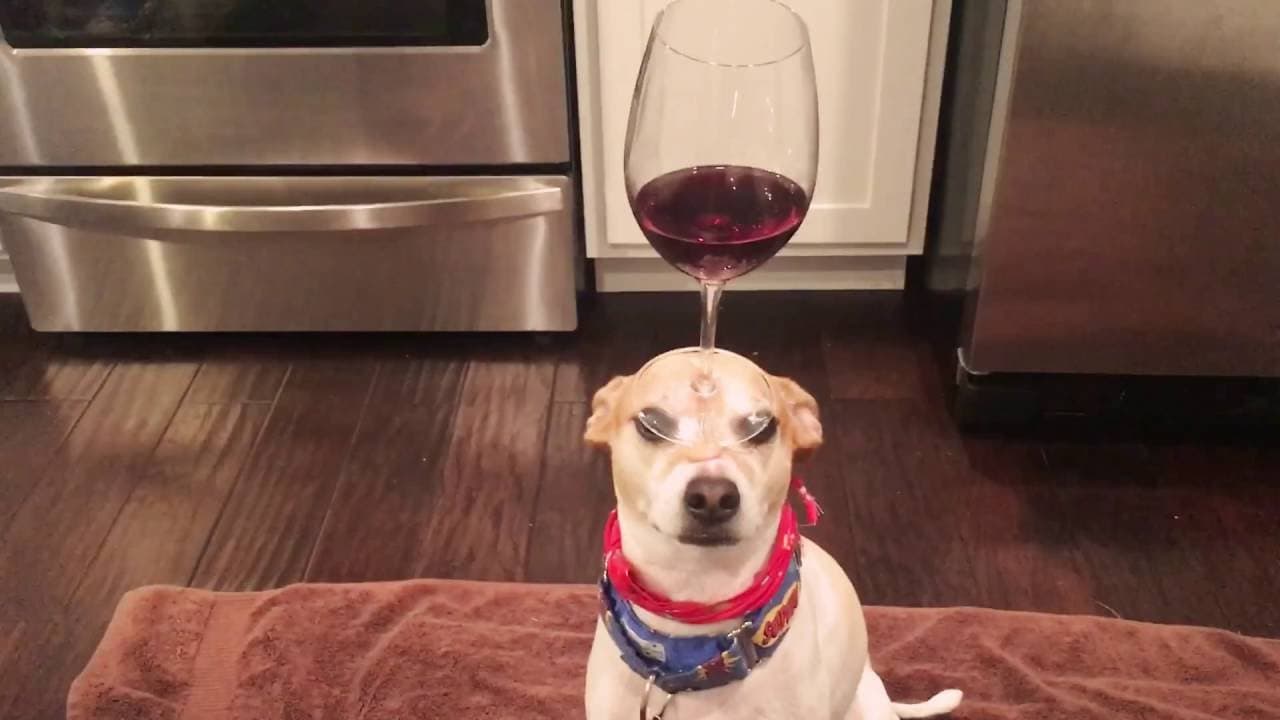 There's just so goddamn many of them. Also, dogs on wine glasses is apparently a subgenre: 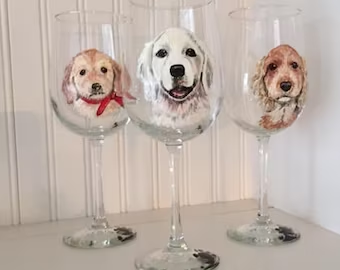 "The council finds you guilty of homophobia"

It feels like these "dogs next to wine" photographs are a form of self-portraiture for wine mums. It's incredible how much bizarre and fascinating material is produced by practices like this. I wonder if our intuition that it's a "snobby and sheltered white person" activity is accurate.

I think it's worth noting too that, for a lot of mums that reach the "wine stage", their children have grown up and are out of the nest. The dog takes the familial role of child, but with the benefit of being malleable towards the mum's values (hence dogs being portrayed with wine, as it's the unification of the mother's love of her child, and her love of the recreation of drinking wine). This is exactly the same as unironic Minion memes.

Something I personally like about this meme is the use of the whisper app font in the original version. 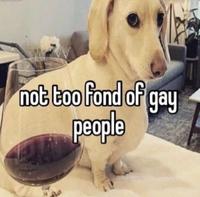 Whisper is an app that used to be popular for anonymously posting confessions/secrets. Memes made using the app eventually became similar to “just girly things” memes, using the format to meta ironically confess to increasingly bizarre things. This format helps decrease the seriousness/bite of homophobic comments, making it easier for anyone (especially the LGBT community) to enjoy the meme. 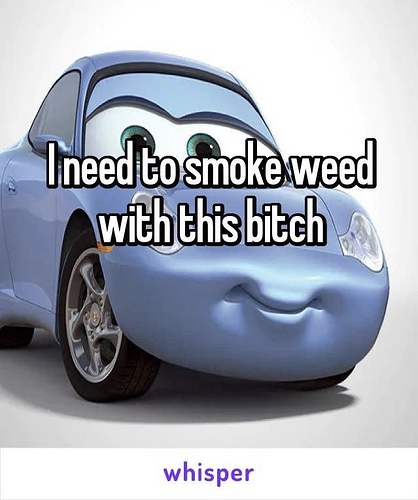 In retrospect, Whisper-style "confessions" were a sort of precursor to the "confess to increasingly bizarre things" TikTok memes where the TikToker is doing something mundane in the background with a text overlaid on top that says something absurd.