Memes from the future

We've been playing around with memes from the future on the TPM chat recently: 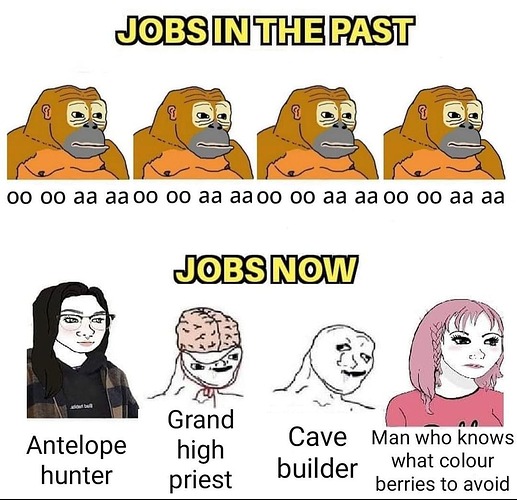 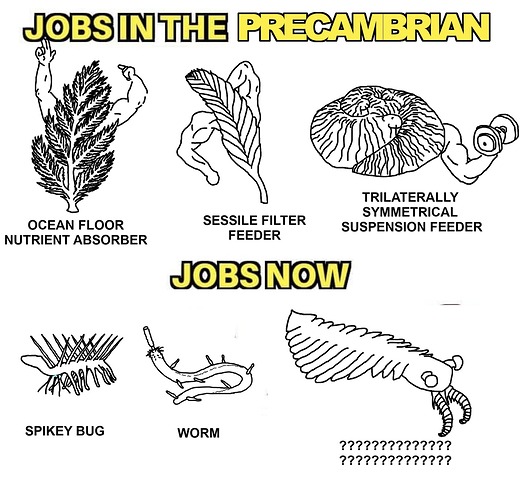 I made this one, so I'll discuss it: 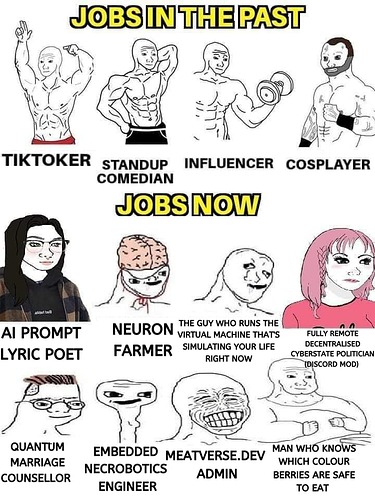 In my version, the "Jobs Then" are all stuff that's considered new and cringe right now, and the newer jobs either sound impressive or dystopian: I think it's an effective critique of a typical conservative sentiment that new forms of work are bad because moral decay has led to a decadent disregard for utility.

The other memes, with influences from "return to monkey" and Esoteric Invicta genres of content, respectively, offer a similar critique. However, their points of reference are also in the distant past. They challenge the unit of time with which we portion out history for various purposes, whether it be to forget them or to nostalgically call for their return.

Anchoring the point of reference in the near future achieves a similar effect, only it calls to our attention that history unfolding now, in the present day, will also have to reckon with the flattening effect of hindsight. Additionally, it highlights the logical equivalence of The Past and The Future, both of which end up flattened into homogeneous slabs of time from the present perspective.

Hopefully, the meme makes the viewer notice that a kneejerk rejection of The Current Thing in favour of The Previous Thing is scarcely more productive than its indiscriminate adoption.

Interesting discussions about how to read the meme on the page post: 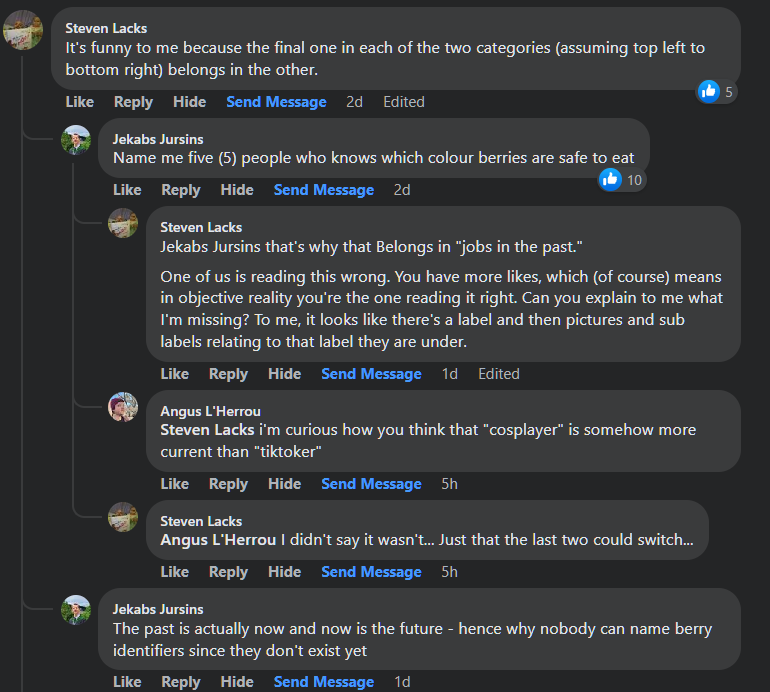