A friend put me onto this funny little meme format from the Japanese internet called "じわる" (jiwaru). The word ordinarily means "having something grow on you," but in this context it refers to videos/images that take a little time to find funny, and seem to grow on the viewer.

This video from a JP-language tweet is a nice example https://twitter.com/Halbmond_Spla/status/1578042170405441537, it and feels mildly absurdist in the way that you're not really quite sure what the point of the clip is, and that the humour comes from this rather than any overt joke or punchline . English-internet meme formats like blursed images and surreal memes come to mind, and do have some commonalities here I feel, but they're definitely not the same thing. This feels a little more pared back in its approach compared to those.

Here's a good little Japanese-language article explaining the idea of the format—https://happymail.co.jp/happylife/characteristic/jiwaru/. You can pull up more memes like this one by searching the term on Twitter.

More generally, it's both engaging and interesting to see the kinds of memes that spring up in different parts of the world, embedded in different languages and cultural values. There definitely isn't much information documenting non-English memes in English, or providing any kind of cross-cultural communication on memes in different languages, which seems like a shame. As tools of communication, social commentary and criticism, leisure, and so on, memes are quite an intimate view into the lives of people and societies. If I knew any other languages I would consider making a page or a blog to break down memes in different languages. Anybody got any fun non-English-language memes to share, or any perspectives on creating/sharing/discussing memes across cultures and languages? 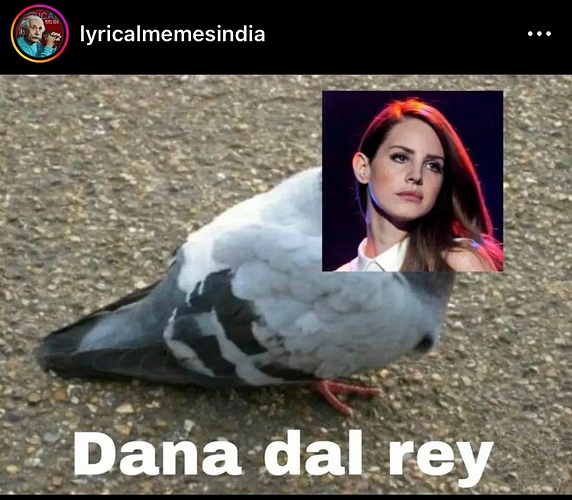 a large chunk of Hindi memes is English/Hindi puns or mistranslations, the above means "give me seeds" with a few letters changed up in Lana del Rey's name. I think it is important to note the role language use plays in the construction of memes, a lot of youth and other active internet users write Hindi words online in English/Roman script because it is easier to type out cus Hindi keyboards are not very intuitive. As a result hindi speakers online are so used to reading Hindi in English script that it has created a subgenre of these pin or (mis) translation memes. I think Indonesians also use Roman letters to write their language, which probably means a similar English/Indonesian meme culture exists.