I haven’t seen much happening with memes lately, but I thought I’d relay a conversation I just had. We were talking about a situation where people didn’t recognize an obvious satire picture, and in this context a similar situation was brought up relating to the following sign, which is also obviously humorous: 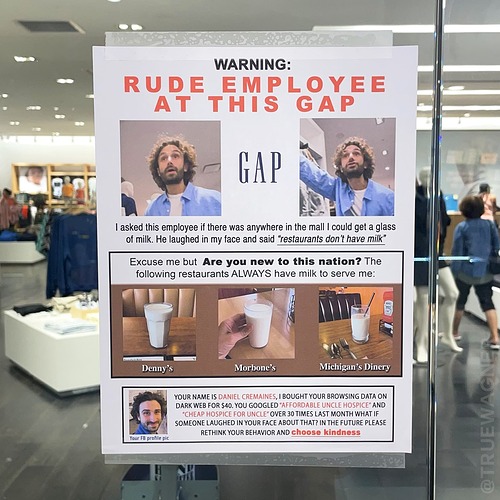 My friend told me that some people in a leftist group had been quite seriously worried about the prospect of customers like this. Nevermind that, though. I noticed that one repost of this meme on Google Images not only cropped out the watermark, but also censored the guy’s name, which made me wonder if the reposter also believed it or just wanted to add to the chaos.

Besides being obviously fake, this sign was also clearly the work of Alan Wagner. Alan Wagner’s work is pretty recognizable, but also all of his recent works have that semitransparent @truewagner watermark on the bottom right – if someone doesn’t crop it.

Some of his most famous stuff was from the pre-watermark period, though, such as the classic “Experience Cornelius”: 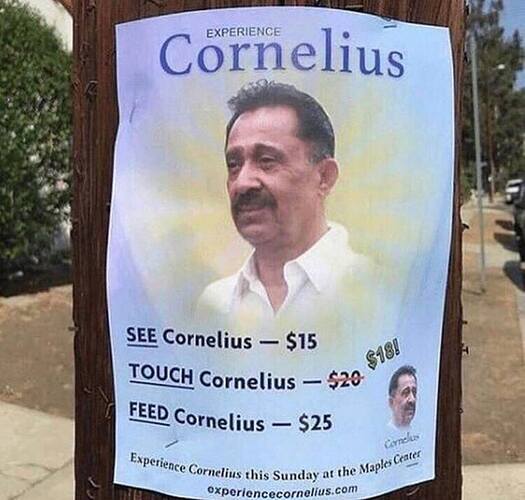 And I reckon “Bathe In My Milk” was also pretty famous— 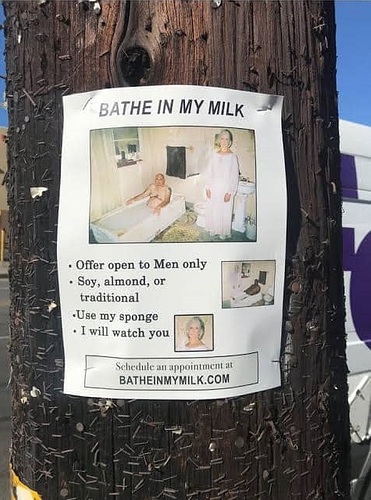 As far as I’ve seen, he also tends to make rudimentary websites and/or call machines so that the numbers and URLs in his signs actually work. So it’s pretty in depth. At the same time, these signs are probably just memes rather than “real-life” pranks, as in, he doesn’t actually leave the sign up in a public place after taking the photos. I don’t know this for sure, but I think he doesn’t because I’ve never seen a photo of his signs that wasn’t the original photo that he shared.

By way of comparison, it seems almost apt to say that “Welcome to my meme page” is the Alan Wagner of PowerPoint slides; that’s as close of a comparison as I can make.

I noticed that one repost of this meme on Google Images not only cropped out the watermark, but also censored the guy’s name, which made me wonder if the reposter also believed it or just wanted to add to the chaos

I noticed that people who post screenshots of my linkedin shitposts so graciously remove my name, but only when they think I'm being serious by suggesting that Nietzsche's moral metaphysics represent the hot new passive income tip. Which of course I am because I am a sigma grindset suntzupiller (i believe The Art of War was about microinfluencer marketing)